What if there was no ‘zero’ in the world?

Having no zero would unleash utter chaos in the world. Maths would be different ball game altogether, with no fractions, no algebra and no calculus. A number line would go from -1 to 1 with nothing bridging the gap. Zero as a placeholder has lots of value and without it a billion would simply be “1”. It would mean no computers. Now to imagine our world without a computer is super hard, on top of that no mobile phones or tablets is beyond imagination. While we are at it, forget about TV, charging gadgets, microwave, without zero, we couldn’t calculate electricity! All business and economies would come to a standstill. There will be no accountability in accounting! A whole profession of finance people would be jobless. There would be no shares industry no finance industry in Jersey. The Prime Meridian (that’s 0° longitude on the globe) won’t be a thing, which means modern navigation goes with it. Without it, planes and ships will be rendered useless. GPS gone. How can it measure the distance between two places without a starting point? If people can’t travel, then towns will become isolated. We’d probably even go back to horses and paper maps!

So lets delve into its history

Since humans appeared on earth there was a concept of “nothing”. Around 4000 -5000 years ago, the Sumerians were the first civilizations in the world to develop a counting system. Their system was positional — the value of a symbol depended on its position relative to other symbols.

The Sumerians passed on their idea through the Akkadian Empire to the Babylonians around 300 B.C. The Babylonians developed the idea further and brought in the concept of a “placeholder” a way to differentiate between 10 from 100. The Babylonians left an empty space in their number system but soon it started to become confusing. They went on to add a symbol— double angled wedges — to represent the empty column. However, they never developed the idea of zero as a number. 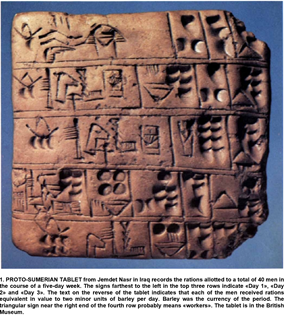 Zero as a number in India: Around AD 458, the concept of zero appeared in India. In ancient book of Rigveda, the book of knowledge , there was a philosophy of emptiness or “Shunyata” described. Shunya in ancient Sanskrit language means “void” or “empty” and the belief that from Shunya originates growth.

Brahmagupta, a Hindu astronomer and mathematician, around 650 AD, was the first to formalize arithmetic operations using zero. He used dots underneath numbers to indicate a zero. These dots were alternately referred to as ‘shunya’, or ‘kha’, which means place. Brahmagupta wrote standard rules for reaching zero through addition and subtraction as well as the results of operations with zero. 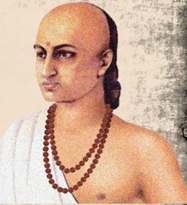 Over the next few centuries, the concept of zero spread out in China and the Middle East. By AD 773, zero reached Baghdad where it became part of the Arabic number system. A Persian mathematician, Mohammed ibn-Musa al-Khowarizmi, used a little circle in calculations if no number appeared in the tens place. The Arabs called this circle "sifr," or "empty." Zero was crucial to al-Khowarizmi, who used it to invent algebra in the ninth century.

By AD 879, zero was written almost as we now know it, an oval - but in this case smaller than the other numbers. And thanks to the conquest of Spain by the Moors, zero finally reached Europe. It was further developed by Italian mathematician Fibonacci, who used it to do equations without an abacus, then the most prevalent tool for doing arithmetic. This development was highly popular among merchants, who used Fibonacci's equations involving zero to balance their books.

By the 1600s, zero was used widely throughout Europe. It was fundamental in Rene Descartes' Cartesian coordinate system (0,0) and in calculus, developed by Sir Isaac Newton and Lebiniz. Calculus paved the way for physics, engineering, computers and much of financial accounting. Now the concept of emptiness is fundamental to modern physics and the entire universe is seen as a “zero sum game” by many scientists like Stephen Hawking.

In conclusion, it is evident that for human kind to progress one has to start from zero and at each stage there is a zero one has to overcome; like the levels in a videogame; to reach to level 11 one needs to pass level 10. And the philosophy that “nothing is something” lives on through zero.